Skip to the content
Strongsville United Church of Christ

Strongsville United Church of Christ is a lively, friendly congregation with a quality music program, led by our dedicated music staff. 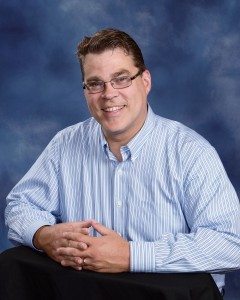 Tom earned his Bachelor of Music Education degree from Indiana University with a concentration in voice and trumpet and his Masters of Music Education from VanderCook College of Music in Chicago. He is a music teacher, band, and choral director for the Parma City School District. He is also the current director of the Southwest Community Chorus. Tom and his wife, Suzi, are residents of Strongsville and are members here at Strongsville UCC, with Tom having served as Music Director here from 1998 – 2007. The Foleys have three children: Jimmy, a student at Ohio University, Jackie, a student at the University of Cincinnati, and Bobby, a student at Baldwin Wallace University. Come be inspired by the variety of music at Strongsville UCC!

Mike Elkins has joined our Music Ministry Program as Choral Accompanist in January of 2018. Mike plays piano and keyboard, as well as the saxophone, and is taking flute lessons. He has played with a number of ensembles, bands, and choirs including the Strongsville Community Band, the Strongsville Jazz Band, and the Glitz Musical Production. He and his wife, Linda, have two grown daughters, Erin and Emily, and are residents of Berea. We are blessed to have Mike as part of our Music staff! 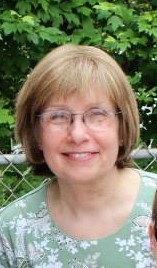 Sharon Heinrich is our former church secretary and is a resident of Berea. She is married to Jim, a trumpet player, and has two grown children who are also musically talented.  She has filled in as organist and pianist for many events at the church. Sharon is a valuable asset to our music program! 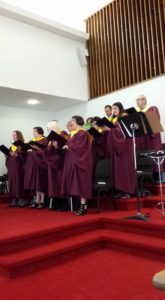